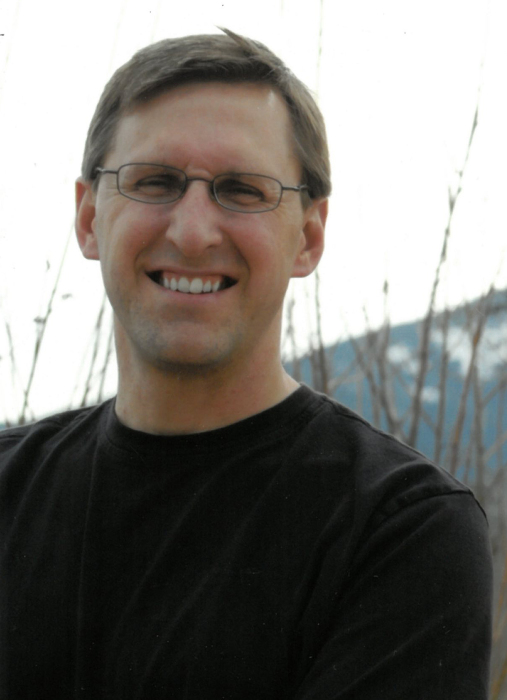 It is with great sorrow that the family of Bryan Louis Kercher must announce his passing on May 8, 2021.  Bryan, aged 55, of Hamilton, Montana, lost his life while descending from the summit of Sugarloaf Peak in the Bitterroot Mountains.

Bryan was born on January 25th, 1966 in Crawfordsville, Indiana.  His parents subsequently moved to Muncie, Indiana where Bryan spent his childhood just being a regular kid: building forts in a nearby patch of woods, setting off firecrackers on the Fourth of July, playing ping-pong and pitch-and-catch, building model cars, slinging acorns at rodents with his wrist-rocket, collecting beer cans, riding his bike all over the place, and occasionally picking on his little brother.

Bryan attended Muncie Northside High School, where he worked hard to make the grade.  He took special interest in advanced math courses, German (his mother’s native tongue), and coding BASIC programs on a TRS-80. His efforts led to membership in the National Honor Society, all the while setting his clock-radio for 5:00 AM in order to deliver the Muncie Morning Star (whether rain, sleet, or snow).  It was in high school that Bryan discovered a life-long love of running, and made some life-long friends on Northside’s cross-country team.  On occasion, he and his friends were observed putting in ten-milers “just for fun”.

Bryan attended Purdue University and was accepted into the College of Engineering.  He liked the program so much that he repeated some courses just so that he could extend the experience an extra year.  While earning his degree in Electrical Engineering, Bryan learned how to flip burgers at Steak ’n Shake, ride a motorcycle, and talk to girls.  He joined Purdue’s crew team, rowing until blisters covered both palms (literally).  His contributions to the team allowed him to travel around the country with his teammates, compete at the varsity level, and see what the US looked like beyond the cornfields of Indiana.  Bryan met his wife-to-be, Lisa Kercher, while rowing for Purdue, and upon graduation, the two of them started their lives together in Muncie, where Bryan was hired by ABB to assist in the design large power transformers.

Bryan appeared to be on a fairly typical path through life, as careers took Bryan and Lisa first to St. Louis, where their son Eric Michael was born in 1994, and then to Houston, where their daughter Sarah Anne was born in 1998.  In late 2001, opportunities for advancement brought the Kercher family to Hamilton, Montana. There in the Bitterroot Valley, Bryan embraced his role as both soccer-dad and taekwondo-dad.  He also took on the role of scout leader for his son’s troop, where for many years he helped the scouts explore the wilderness, earn their badges, and become self-reliant.

Bryan and Lisa eventually parted ways.  Bryan found employment as an Engineering Tech at Rocky Mountain Laboratories, where really big-brained, hard-working people try to protect us all from the next killer contagion.  There, Bryan met his second wife Stacey through Stacey’s mom (a coworker at RML) and the two were married in 2010.  Although the two eventually parted ways as well, they remained close friends.  Recently, Bryan met his partner Rachel, who somehow managed to see through a weathered exterior and recognize the goodness inside.  They were on a good path together.

Bryan had many interests and passions.  He was a bit of a genealogy nut (a term used with great affection), who could spend hours tracking down relations and events, take time off to comb through great family history archives at the Mormon Temple in Salt Lake City, and contribute research to genealogy books written by other authors.  He loved riding his motorcycle, having taken the pilgrimage to Sturgis and many other rides with his biker friends (and not without a couple spills along the way).  He loved photography (especially with real, actual cameras), as is evident on social media.  His love of running continued; he ran many marathons, a few cross-country ultra-marathons, and had his eye on one more ultra-marathon later in 2021.

Above all those interests, though, was his passion for the wilderness. Glacier National Park was quite possibly his favorite place on Earth.  The miles he hiked and the summits he climbed in those mountains can’t be accurately counted.  More important to him than his list of summits were the people he adventured with…whether occasional hiking partners or fellow members of the mountaineering clubs that he belonged to, the Rocky Mountaineers and the Glacier Mountaineering Society.  Bryan seemed to be able to make friends with just about anyone he met, learn from their experiences, and make them laugh once or twice (also evident in social media). Bryan also loved pretty much the entire Colorado Plateau.  He took many trips deep into its canyons, exploring its arches and waterfalls, hunting for ruins and rock art, camping in the boondocks, and cooking up not-so-delicious freeze-dried camp food (and later on, inevitably repeating the line “Put that in your book!”).

Some other accomplishments he was surely proud of: beating kidney cancer, fending off a charging grizzly sow while simultaneously avoiding a slip into Iceberg Lake, backpacking in and out of the Grand Canyon, completing the Grand Teton loop, a trip with his daughter to explore Olympic Peninsula, guiding his parents and siblings around the magnificence of Glacier, completing Ride Across Indiana with his dad, scarring away a herd of cows that were pooping all over his designated campsite along the upper Missouri River with a noise that no human should be able to make, his radio call sign (“Burger King”), “Bry-Tunes”, summiting Mt. Rainier, attempting Denali, learning how to ice climb, and visiting pictographs all over red rock country.

None of these matched the pride he felt for what his son and daughter have already accomplished, and how much further he believed they would go.

Bryan is survived by his parents, Leroy and Helga; by his children, Eric and Sarah; and by his brother John and sister Holly (Choate).  He will also be remembered by former spouses Lisa and Stacey, by his partner Rachel, and by so many extended family members, friends, and colleagues that they cannot be listed here.  We will all remember him as a someone who lived his life fully, as a warm and generous friend, as a kind and loving partner, and a devoted son, father, and brother.